In the last weeks I received several raises that boosted my dividend income! So let's see who decided to give me more money and how much! 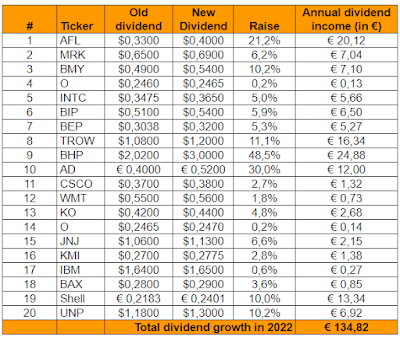 These seven raises combined will deliver an annual income boost of more than € 25 in 2022 (and hopefully more after 2022!). In total I have received raises which will boost my annual dividend income by almost € 135.
Posted by A Dividend Dream at 20:30